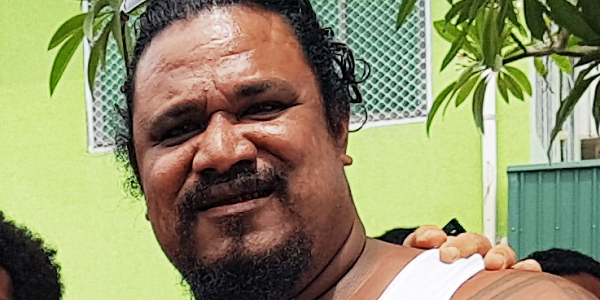 A GOVERNMENT Patrol Boat is on its way back to Honiara after checking newspaper reports last week that the Malaita Outer Islands (MOI) has beaten the deadly coronavirus after an outbreak there in early January.

The national government initially blamed Pelau as the entry point in the country for the virus. It later retracted the account. Local medical doctor, Reginald Aipia who was on Luaniua at the time, told Solomon Star at the time, he treated those who were sick with Restocin – a combination drug used to treat common cold.

Dr Aipia said he and the people of Pelau and Luaniua were questioned about the truth of the report, which suggested that although they never had masks or had practised social distancing, no one died from the virus.

“Instead, they all recovered and are now harvesting bechedemer every morning,” Dr. Aipia said.

“Is it true that the people are normal again,” the team on the Patrol Boat asked Dr. Aipia.

“I just told them that they should ask the people – ask them how they are now and whether there were any deaths,” Dr. Aipia told Solomon Star in a telephone interview from Luaniua on Friday night.

“I told them that the first two weeks in January were the hardest for me as I was the only qualified medical doctor there at the time. I hardly had a sleep as I moved around to treat people. I simply gave them tablets of Restocin and they responded very well to the treatment.”

Dr. Aipia said just before he left Honiara for Luaniua last December, he took with him 3, 000 tablets of the drug which is being used to treat the common flu.

Dr. Aipia said it would seem some doctors do not understand fully that the corona virus is a simple flu, which can be easily treated with Restocin in a matter of days.

Dr. Aipia uses RESTOCIN – an anti-cold drug in tablet form – which has been used to treat common colds for many, many years. Restocin is a combination drug which contains paracetamol (500mg), chlorphenamine (anti-histamine) (2mg), caffeine (30mg) and phenylephrine (5mg).

“The corona virus is simply a common cold, which can be effectively treated with an early intervention of three doses of Restocin over three days or five days at the longest period of treatment.

“The reason so many people have died in Honiara is because the common cold was allowed to develop into pneumonia, which had then proved fatal for come,” Dr. Aipia said.

He said the government team on the Patrol Boat was surprised that the people of Ontong Java had survived the outbreak of the disease despite being so exposed to the virus.

But Dr. Aipia has questioned the trip to Ontong Java by the Patrol Boat, saying it would seem they would not accept this simple treatment.

“The team onboard told the people they were there to check that people harvesting the bechedemer had licence to do so. Last time they used the patrol boat to arrest me on the falsehood that I had engaged in bechedemer harvesting only to find that it was a trumped up charge, which has turned against the government,” Dr. Aipia said.