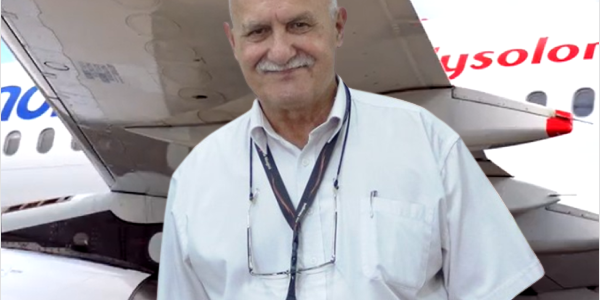 THE Management and Staff of the Solomon Airlines have welcomed the newly appointed Chief Executive Officer (CEO) of Solomon Airlines, Gus Kraus who arrived in the country this week.

Mr Wickham said on Wednesday they had a board meeting and had welcomed the new CEO with a get together with the management and staff of the Solomon Airlines.

“As you may know, Gus is a former CEO of Solomon Airlines under an interim arrangement was the airlines Commercial Manager and Operations Manager,” he said.

Mr Wickham said Gus has more than 54 years of airline industries’ experience and with the full confidence of the board in him to lead the Solomon Airlines, he has accepted the role of the CEO to oversee its ongoing operations.

Mr Wickham said Mr Kraus, a former CEO of the national carrier, has accepted a 12-month appointment to lead the airlines restart operations following the opening of the international borders.

The Solomon Airlines Chairman Wickham also thanked the former CEO Brett Gebers for his expertise and strong contributions to the airlines during what has been a challenging period.

“We are grateful to Brett, for his significant input to Solomon Airlines during what has been an immensely challenging period and for his decision to now graciously step aside as we enter a new era for the national carrier.

“Under Civil Aviation Authority of Solomon Islands (CAASI) and international aviation law requirements, the appointment and ongoing accreditation of the CEO by CAASI is intrinsically linked to an airline’s continuing Air Operator’s Certificate (AOC) and therefore the ability to continue operations.

“It is therefore imperative to make a swift and smooth CEO transition which has CAASI’s full approval.

“Brett steered the airline through one of the most tumultuous and challenging times in the airlines’ history with the COVID-19 pandemic. Prior to that, the national carrier was on an upward and profitable trajectory under his leadership,” Mr Wickham added.