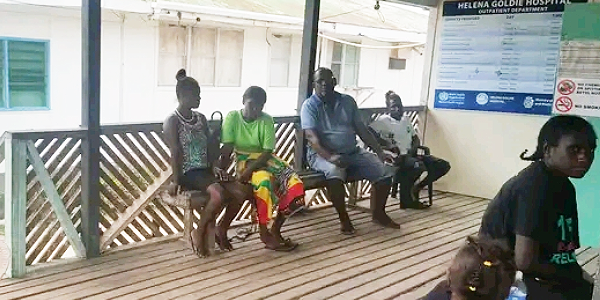 HELENA Goldie Hospital (HGH) in Munda, Western Province has recorded eight deaths related to Covid-19 between February and the second week of May, it was revealed.

However, there are unreported cases from the surrounding communities in Munda.

A source from Munda told this paper over that weekend that a good number of the reported Covid-19 related deaths involved the elderly especially those within ages between 65 and 80 plus.

However, the source further claimed there were a high number of patients who died of normal ailments apart Covid-19 such as diabetes, high blood pressure and cancer.

The source claimed deaths seem to occur almost every day at the hospital.

Given the second wave of infection many communities and nearby villages around Munda have experienced infection, the source added. Malaria is also being detected in the area as medical officers are working very hard to apply control measures.

Last month bed nets were distributed to families and households.

It is one effort currently been applied across the region.

Western is the only province that continues to impose strong health measures and protocols since the Covid-19 outbreak.

It also ban passenger vessels from traveling from Honiara into the province.

It is understood that it was the decision from the National Government to relax some of its measures while waiting for the international border to be open in July this year.

Attempts to get comments from the hospital authorities were unsuccessful over the weekend.

Meanwhile, SolTuna Company is also ensuring its workforce is being protected by following health protocols and measures.

Workers who have tested positive are allowed sufficient resting days before being allowed back to work.