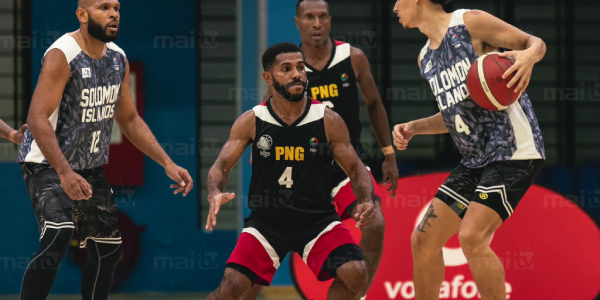 This is a big achievement for basketball in the country and a morale booster for the team’s preparation towards the Pacific Games in Honiara next year.

The men’s national team will play hosts, Fiji today for their second match of the Melanesia Basketball Cup tournament.

“This current squad is the golden generation of Basketball stars heading into the 2023 Pacific Games.

“Congratulations to a great performance and thanks to the old players for leading the young players to an impressive start.

“Credit goes to the players, coaches, management, medics and SINIS staff for preparing both our teams to participate and compete at this important qualifier,” they said.

Despite the defeat, this is a big achievement compared to the women’s performance against PNG in the 2017 edition when PNG humiliated Solomon Islands 105-53.

Solomon Islands national women’s team will take on Fiji next in their second match of the 2022 Melanesia Basketball Cup on Thursday.