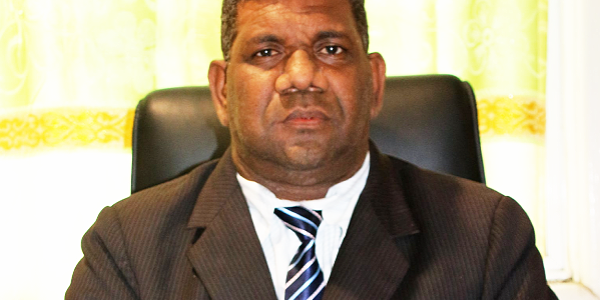 Mayor of Honiara City Cr. Edward Siapu, strongly condemns the barbaric and horrific rape and killing of an innocent girl last weekend at Kolobangara, in the Western Province.

As reported in the media, the deceased young girl was on her way home returning from school in her pursuit of education for a better future, when she was allegedly raped, tortured and killed.

“Her brutal and horrific rape and killing perpetrated by the suspects is strongly condemned.”

“Such heinous crime should not be allowed and tolerated in Solomon Islands. This criminal act is the highest form of insanity, barbaric and inhumane action against an innocent young soul,” he added.

Mayor Siapu requested the Royal Solomon Islands Police Force to leave no stone unturned in their investigation of this horrendous crime and to quickly bring the perpetrators to face the full force and extent of the law.

He said justice must be served as quickly as possible.

“On behalf of my colleague Councillors, HCC staffs and the people of Honiara City, I extend our profound and heartfelt condolences to the family and relatives of the deceased, late Mary.”

“The pain in the loss of a loved one is unbearable and through such a cowardice act is devastating,” the Mayor said.
The Mayor further appeal to the people who may have some information to go forward and assist the RSIPF with the investigation.

He also humbly called on the family and relatives of late Mary to allow RSIPF to investigate and allow the law to take it’s course.