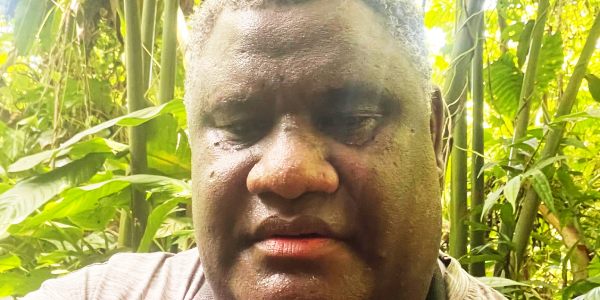 CELSUS TALIFILU – the political adviser to Prime Minister Sogavare’s rival Daniel Suidani, the Premier of Malaita – leaked the draft of the security pact with China, according to overseas news reports.

An unnamed Australian intelligence agency was involved in the last ditch leak of the draft, according to The Sydney Morning Herald and The Age.

This was after senior Australian government officials had “concluded the deal was likely to be signed despite diplomatic efforts.”

Multiple government and security sources confirmed that the Australian government was aware of the contents of the document for days before it mysteriously appeared online on March 24.

“The Sydney Morning Herald and The Age have confirmed Australian intelligence services knew the secret deal had been in the works for months and decided to encourage a leak from within the Solomons as a last resort.

“The document was first posted publicly online on March 24 by Celsus Talifilu, a political adviser to Sogavare’s rival Daniel Suidani, the Premier of Malaita.

“Despite intelligence services being aware of the contents of the deal for weeks before Talifilu posted it online in March, the newspapers reported.

The reports said Australian Prime Minister Scott Morrison was unable to convince Manasseh Sogavare to not sign the agreement with Beijing. The decision was made in the hope of building domestic and international pressure to get the Solomons to change course, but it was not enough to convince Prime Minister Manasseh Sogavare to pull out of a deal that now threatens to shift the balance of power in the Pacific,” the newspapers said on 23rd April.

Australia and other Western allies, including the United States have consistently claimed that the draft security agreement revealed plans to allow Chinese armed forces to protect infrastructure less than 2000 kilometres off the Australian east coast and for a potential Chinese naval base in the Pacific.

Solomon Islands and China have denied the claim.

Despite intelligence services being aware of the contents of the deal for weeks before Talifilu posted it online in March, it took almost a month for Pacific Minister Zed Seselja to arrive in Honiara to meet personally with Sogavare.

Australia had earlier opted not to send Foreign Minister Marise Payne based on advice from the Department of Foreign Affairs to take a subtle approach to handling the agreement and to further avoid antagonising the Solomons leader.

The United States last week sent a top level delegation led by Kurt Campbell, the US National Security Council Coordinator for the Indo-Pacific, and Daniel Kritenbrink, Assistant Secretary of State for East Asian and Pacific Affairs.

There have been no statements either from the Office of the Prime Minister or the US Embassy in Port Moresby on the outcome of the meeting.