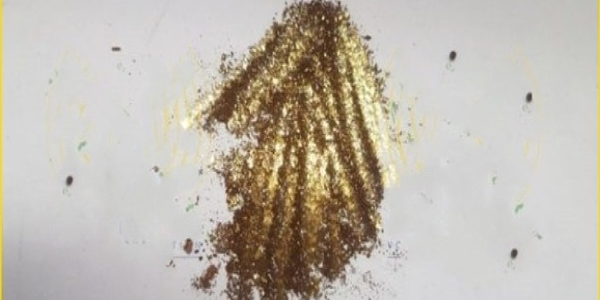 WIN WIN Company and local landowners have categorically denied a special investigation by the Solomon Islands Broadcasting Corporation (SIBC) that the company was involved in gold smuggling and tax evasion in its operations on Guadalcanal.

A special investigation by SIBC’s Charles Piringi said nearly 80kg of gold worth around AUD 5.2 million (SBD30 million) have been exported out from the Solomon Islands by Asians using export licences held by local gold dealers, Primo Kenny and Jeremy Rex of Guadalcanal.

More than 20kg of this, worth around AUD1.3 million (SBD 8.8m) was exported directly to Hong Kong allegedly by officers working for Win Win Mining Investment Company via the same dealer, according to the report by Piringi.

Former Director of the Ministry of Mines Energy and Rural Electrification Nicholas Biliki provided the details of the alleged illegal gold dealing.

He has since been relieved of his duties as Director of Mines. The Government said that at 56, Mr. Biliki has reached retirement age.

The documents revealed this tax-evading gold deal occurred during August 2019 to January 2020 – allegations the Company and landowners have vigorously denied.

Section 55(1)(b)(ii) of the Mines and Minerals Act 1990 states Gold Dealing is a reserved business for local citizens only.

Mr. Biliki said the gold dealer’s license has since expired and his office refused to renew the license this year when he discovered the issue.

“Primo’s Licence has expired, and since we realized this illegal deal, we have since declined to renew it.”

Mr. Primo could not be reached immediately for comments as he is living at his remote Village in Turarana, where there’s no network coverage.

When contacted, Customs Comptroller Jim Sutton referred the matter to the Ministry of Finance and Treasury Permanent Secretary or the Minister of Mines to comment on it.

“Heads of the Ministry of Finance and Treasury Departments are not permitted to talk to the media – I have forwarded your email to the Minister and Permanent Secretary for comment/response,” Mr. Sutton was quoted as saying.

Permanent Secretary of Finance, McKinnie Dentana said the issue has been settled between the government and the miners.

“This is no longer an issue. It’s been settled,” he said.

“This issue was settled last year with the government, especially the Ministry of Mines and the Ministry of Finance’s Customs Excise Division. Everything is now running smoothly here, we are currently exporting gold every week.”

He said the mining officers are only helping Primo to export gold to Hong Kong.

Export documents obtained from Customs and Excise Division contains a list of individuals who used Primo’s license to export gold.

Piringi said while the Win Win Mining Director and the government said the issue has been ironed out, it raises yet another question of how the parties had settled the illegal exports.

In 2019, 1.7 kilograms worth SBD700,000 of pure gold was attempted to be smuggled out from the country by a Win Win mining officer, according to Piringi.

Mr. Biliki was quoted as saying the gold samples were “intentionally spray-painted to look like ground samples for test analyses abroad.”

“We used to send mineral samples abroad for analyses. But after the incident, we are now using the Ministry’s lab for examination.”

Asked why they keep sending samples abroad instead of using the Ministry’s Geochemical lab, he said the company was not aware of the lab.

The samples were returned to the miners, and later allegedly stolen by robbers wearing Police Uniforms that raided the Win Win Mining premises in late 2020.

Mr. Biliki said the officer allegedly involved in the smuggling has never been prosecuted under the country’s laws.

The leaked documents as well as Mr. Meke confirmed the gold has been returned to Win-win mining.

Following the confiscation, the two samples were analyzed at the Ministry of Mines Geochemical Laboratory which turned out to be 1.7Kg pure gold.

The samples contained around 97 per cent and 98 per cent pure gold.

Opposition Leader Mathew Wale said this was a serious breach of the Solomon Islands Mines and Mineral Act.

He calls on the Comptroller of Customs Jim Sutton to explain why the confiscated gold was returned to the company.

Mr. Wale also questioned responsible authorities why there are no arrests made following this serious smuggling attempt and gold export deals.

Permanent Secretary Dentana reiterated the issues have been settled between the government and the miners.

“These are no longer issues”.

Former Mines Director Biliki was quoted as saying the Mines and Mineral Board proposed suspending or cancelling the company’s operation in early 2020 because of alleged breaches.

But this never happened.

“This is a very serious offense to commit under the Mines and Minerals Act and other relevant SIG legislations. Win Win must prepare to face the consequences if further actions are taken. This incident has tarnished the confidence SIG has in this project and those who manage it,” he was quoted as saying.

The information provided here clearly reveals the intent the company has to defraud the Government system, Biliki said in his recommendation letter as Director last year.

The Board prepared a ‘Show Cause Notice’ to cancel the operation. But the letter never reached the company, adding political pressure and involvement in the issue was a major setback to pursue cancelling the Company’s Mining Lease at the time.

“The Notice never reached the miners, instead, it was left to collect dust at the Attorney General’s Office, for the whole of last year”, Mr. Biliki said.

“Instead of submitting the notice to the company, my office was directed from the top to only give a chance for the miners, with an understanding they have to improve on their failures and allow them to continue with the operations. I am not happy with this decision.”

Attorney General John Muria Junior was quoted as saying the issue is a serious criminal offense.

“This is a serious criminal matter and the Director of Public Prosecution’s office should give you information on judgment should there be any arrests and prosecution.”

Minister of Mines, Bradley Tovosia reiterated similar sentiments, adding the issues have been ironed out between the government and the company.

“These are long-time issues that we have settled.”

Meanwhile, a response from Win Win Mining in a leaked document dated April 23, 2021, confirmed it will comply with the decision by the government as their gold samples have returned.

“The samples retained by Customs had since been returned to us after almost 1 year of custody. The returned samples are intended for resending but were unfortunately stolen during the Camp robbery of 9th December 2020.”

“I won’t talk much about this matter as it is before the courts.”

Transparency Solomon Islands denounces the allegations saying this is a serious criminal act the government must explain its side.

“This is serious and the government needs to explain why the issue is only settled between themselves despite serious breaches of the country’s laws and the perpetrators remain free.”

Mr. Biliki has now been removed as Director of Mines because he has reached retirement age. He is 56.

A spokesman for the company said it would appear Mr. Biliki was driven by other motives to have a go at Win Win Mining Investment Company.

“We will show the government and people of Solomon Islands that we have receipts for all the transactions the company has undertaken either with the government or the individual landowners,” the spokesman said.