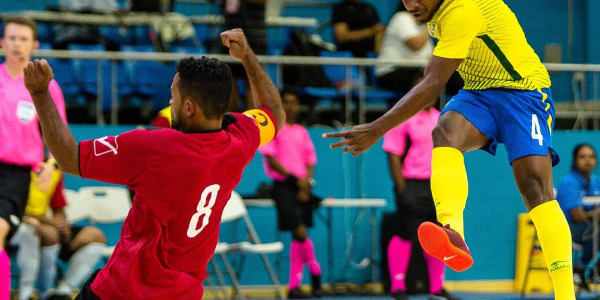 Kurukuru led the first half 3-1 before adding another six goals while New Caledonia another two in the second half.

Jeffery Bule has been appointed to lead Solomon Islands Kurukuru in the OFC futsal cup in Fiji.

Former Inspiration captain and now the team assistant coach/player, Elliot Ragomo handed over the captain armband to Bule before their opening match, Wednesday.

Yesterday’s win was the first result for Bule as the new captain.

He will be assisted by Elis Mana.

The win is also good news for the football mad fans back at home as they took to Social media expressing their gratitude towards the Kurukuru team.