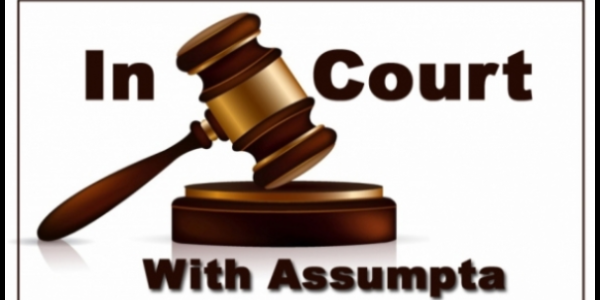 A 46 year-old man accused of sexually abusing and raping his young daughter in 2014 when his daughter was only 12 years old will plea to the allegations at the High Court on December 2.

The man who cannot be named to protect his daughter’s identity is facing two counts of incest and six counts of rape.

He appeared for his first call over at the High Court yesterday.

Paul None from the Public Solicitor’s Office had sought more time to get instructions for plea as he had just received the information (charges) yesterday morning.

She also advised the accused to see his lawyer in the meantime to give instructions for plea.

She then extended bail for the accused.

The accused was initially charged with eight counts of incest and a trial was set in the Honiara Magistrate’s Court for September.

However, prosecution later amended six of the charges to rape.

As a result the trial dates were vacated and the matter went through a committal hearing which saw this matter committed to the High Court.

This was because the Magistrate’s Court does not have the power to deal with the offence of rape.

The accused allegedly committed the offences between August 2014 and January this year.

The first incest incident occurred on in 2014 while the second one was said to have occurred in April. 2015.

Prosecution alleged the incidents occurred at the accused’s home at various locations in Guadalcanal and Lungga, East of Honiara.

HEARING of an application to vary some of the bail conditions of a Bangladesh national accused of sexually abusing an 11 year-old girl in April at Lunnga, East of Honiara will take place today.

The 41 year-old is facing one count of persistent sexual abuse of a child.

He appeared in the Honiara Magistrate’s Court early this week and his matter was further adjourned to today for the hearing of the bail variation.

This would be the second hearing for the bail variation made for the accused after his first one has been refused by the court last month.

The first bail variation was sought by the accused to allow him to travel to his home for medical purpose and for his mother’s funeral.

The accused allegedly repeatedly sexually abused an 11 year-old alleged victim over a period of time in April this year at Lungga area.

The mother of the alleged victim reported the matter to the police after she heard stories from other girls of the alleged sexual abuses on her daughter.

The alleged victim then confirmed to the mother that the accused had been doing sexual action with her but she was afraid to tell anyone about it.

TWO men have luckily to escape prison after their eight months jail term was suspended as a result of a 12 year delay in the finalisation of their matter.

Patrick Finau and his co-accused who was almost 18 at that time of the incident in 2008 have been convicted of assault causing actual bodily harm.

Justice Maelyn Bird had imposed a final sentence of eight months but then had it suspended for a period of 12 months to reflect the delay in this matter.

“For delay in finalisation of case against you I will suspend that sentence under section 44 of the Penal Code for period of 12 months,” Justice Bird said.

Justice Bird highlighted that there had been a delay in the finalisation of more than 12 years.

“This case is a fine example of breach of the provisions of section 10 of the Constitution.

“This case has been hanging on the defendant’s head for more than 12 years before its finalisation.”

The court had found that the two defendants assaulted their cousin brother on the night of 18 November 2008.

This followed an argument over vehicle fuel.

Justice Bird said the prosecution had submitted that the two defendants were the aggressors in the incident.

“You started the argument with deceased over wasted petrol which would have been resolved amicably between you as members of the same family.

“What you did to the deceased on the night of the incident is unwarranted and uncalled for.

“A simple argument that turned nasty for your respective families,” Justice Bird said.

She added that the commission of offending occurred at night.

The court had heard that the scuffle occurred after midnight.

It was hard that the night was dark and even witnesses were unable to see clearly.

“You might also be unable to see clearly so that you could be able to weigh and control your assault on the deceased.

“It is also noted the assaulted on the deceased was carried out in the company of both of you,” Justice Bird further added.

She told both defendants that they were in the company of each other and assaulted and caused actual bodily injury on the deceased on the night of the incident and hence will receive the same sentencing.