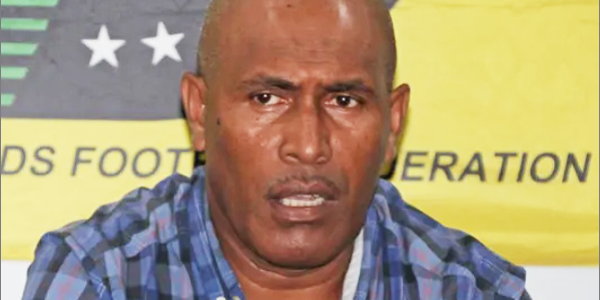 This was revealed by SIFF Competitions Director, Gerald Oiaka to the media in a press conference today at the Art Gallery conference room.

It is the inaugural edition of the President’s Cup which gives a level playing field for the top two provincial teams going head to head with the top three clubs in the country’s premier club competition.

Oiaka said it is first of its kind, “The President’s Cup is a new competition initiated by SIFF to be involving the three top teams in the TSL and the two Solomon Cup finalists,” he said.

The tournament is to give game time to the Solomon Islands national team players since the 2022 season of the TSL will take place after the OFC Preliminary Word Cup qualifiers in March 2022.

“So basically the competition is to give game time for the players in the national team ahead of the FIFA World Cup qualifying matches in March,” Oiaka added.

The competition format is a round-robin and the top four teams advance into the semi-finals and the top two play for the bragging rights in the final.

In terms of player eligibility, players are free to move from any TSL clubs to the top three teams and the two provincial teams can register national team players to strengthen their sides.

SIFF will announce the President’s Cup major sponsor soon as a number of potential partners are willing to come on board.