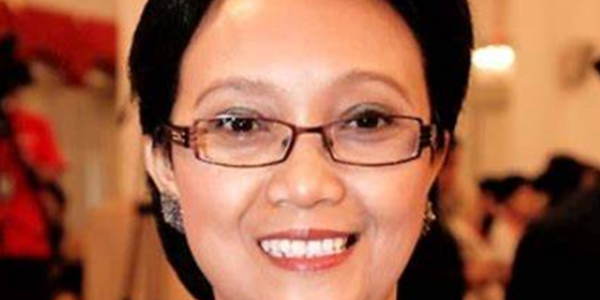 THE Indonesian Minister of Foreign Affairs, Retno Marsudi, is in Honiara today to officially handover the country’s new futsal home to the government and people of Solomon Islands.

The country’s first ever futsal home called ‘Friendship Hall Futsal Stadium’ is being built and funded by the Indonesian Government.

Work on the construction of the futsal stadium started two years ago and is located at the Panatina sports area in East Honiara.

Because of the visit, Prime Minister Manasseh Sogavare has asked Parliament for a special adjournment.

This means, there won’t be any parliament sitting today until tomorrow.

Prime Minister Sogavare told parliament that the Indonesian Minister of Foreign Affairs, will be in Honiara for a state visit as well as to open the Friendship Hall Futsal stadium.

As part of the visit, the Foreign Affairs Minister will pay a courtesy call to Prime Minister Sogavare at his office in the morning.

This would then be followed by a handing over ceremony at the futsal home later this afternoon.

Because of this, parliament has been adjourned to this morning to allow Prime Minister Sogavare, his Ministers and Members of Parliament (MP) to attend the handing-over ceremony.

This Futsal Multipurpose Hall is funded by Indonesia through a grant of approximately USD$7.5 million (SBD$65m).

It is a single complex that will house three court areas capable of playing futsal, basketball, netball, volleyball and a host of other sports.

Importantly the hall will be able to function as a center to support large gatherings such as trade shows, church assemblies, school examinations, major social events and could also provide emergency shelter in the event of a natural disaster for instance.

The complex is over 5800 sq. meters and features 6 change rooms, a conference room area and permanent retractable seating for over 1500 people. The hall could potentially hold over 4000 people in different seating configurations.

The Chairman of the National Hosting Authority Dr. Jimmie Rodgers said that this project and Indonesia’s support is a “Game Changer” for the 2023 Pacific Games.

He noted that this will be the first of the major competition venues that will be completed prior to the Games and the design provides the flexibility needed for the Games but more importantly means that planning should now commence with stakeholders such as the National Sports Council and the Solomon Islands National University (SINU) on use of the venue, not just after the Pacific Games but in the 18 months prior to the Games in which it can be fully operational and importantly its legacy after the games.

Dr Rodgers thanked the government of the Republic of Indonesia for their support and the professional team from WIKA and noted that it is very encouraging that WIKA has moved a team from Indonesia already to Honiara to fast track this project.

The futsal facility is being built in advance of the 2023 Pacific Games.