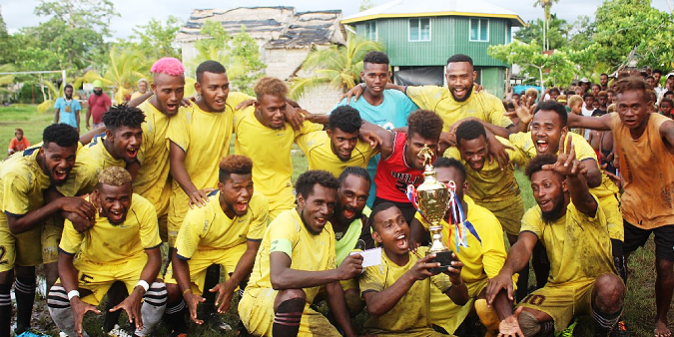 Kwalamoki FC of Surabuta Community took the $1000 cash prize and first place trophy after defeating Kwasi FC of Kwailao Community 2-0 in the final match of the soccer competition.

Both teams have equal scoring opportunities but only Kwalamoki managed to score both its goals in the second half of the finals.

The other eight participating teams received consolation prizes of $150 each.

Kwalamoki FC team captain said their win was a result of hard work and commitment from each player and team leaders.

He said this is the first time for his community to claim the title in the pre-season football league.

“This is a historical day for my village team.

“I am proud and happy to become the Ward 30 Pre-Season Football League champion for this year,” he said.

AGA received $400 in second place, third place went to Talakali which took $300 and fourth place to Lalana which took $200.