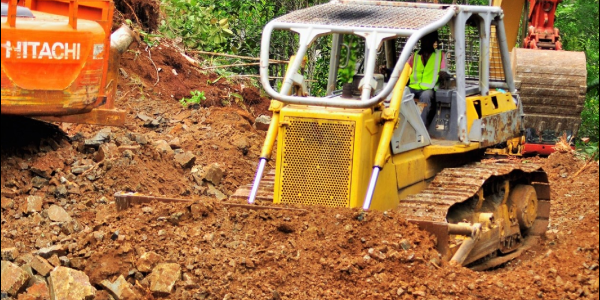 A decision by the Isabel Provincial Government to raise new mining fee for its provincial business licence by 500 per cent is believed to have hit a snag.

The new fee from $1 million to $5 million a year appeared in amendments gazetted last year. The Gazette was signed by the Minister for Provincial Government and Institutional Strengthening, Rolland Seleso, last April.

Solomon Star was told this week that the move which has raised alarm bells ringing in the mining industry is under review by the Ministry of Mines, Energy and Rural Electrification and the Attorney General’s Chambers.

Both the Ministry and the Attorney General’s Chamber have apparently not been consulted on the increases, described by industry leaders as a move “to kill the goose that lays the golden egg.” There is no justification for it,” they said.

The new mining fee is amongst a raft of new charges the Provincial Government introduced in amendments to the PROVINCIAL GOVERNMENT ACT 1997 (No. 7 of 1997) ISABEL PROVINCE BUSINESS LICENCE (AMENDMENT) ORDINANCE 2021.

Minister Seleso signed off on the Gazette dated 21st April 2021.

It is understood that the Ministry of Mines, Energy and Rural Electrification is angry that it has not been consulted about the huge increase as mining fees come under the jurisdiction of the Ministry.

It is unclear how long the review will take nor what the review intends to achieve.

The Ministry is only aware of the new fee and other charges after the Solomon Star broke the story earlier this week.

In the raft of charges, the Isabel Provincial Government introduced, fee for mining/per tenement prospecting also increased by 100 per cent – from $150, 000 to $300, 000 a year. The fee for Resort Licence International also doubled to $10, 000 a year.

The freight rate for drums of petrol (Petrol) has also gone up. It is based on the number of drums as follows:

The industry leaders said the new increases are not justified because apart from these new fees, the Isabel Provincial Government receives part of the three (3) per cent in royalties (from the FOB export value) paid to landowners.

Solomon Star has now confirmed the new increases in the range of fees in Isabel Province do not apply on Guadalcanal and Renbel Provinces where mining operations are also taking place.

Industry leaders earlier told Solomon Star the move by the Isabel Provincial Government in increasing Business Licence fees on mining and mining related activities are certain to make investors think twice about investing there, given that mining is a costly industry.

“It could kill the industry,” they said,

Mining and logging are the only two sectors that bring foreign exchange earnings to the national coffers.