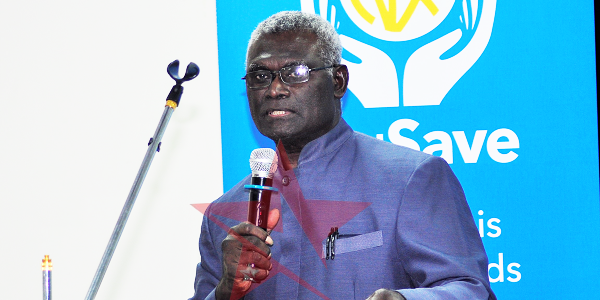 “Ladies and gentlemen, members of the Solomon Islands National Provident Fund throughout the country and beyond, I now have the pleasure to officially announce a crediting rate of 6 % for our members for the financial year ending 30 June 2021,” Sogavare announced yesterday

Sogavare said that this year’s Members’ rate is higher than the 3.7% paid out to members in 2020.

“It shows that our Fund (SINPF) has been investing and managing our funds well despite the challenges posed by the pandemic.

“I am also happy to inform this August gathering that the full $168,612,861is paid from the Funds operational performance in the past year, as compared to last year’s members rate where the Board had to use parts of the reserve to meet the payment,” he added.

In relation to the ‘Members Special Death Benefit’, Sogavare said the Board has decided to keep the rate at $7,500 noting that this was only increased to this new level last year.

In announcing this year’s Members rate Sogavare also use this opportunity to encourage all staff, and members of the SINPF to go for their vaccination as soon as possible.

“If all members of the SNPF were to be vaccinated, we will be able to reach our vaccination target much quicker and reopen our borders much earlier,” he added.

Sogavare also briefly comment on other aspects of the Fund.

During the year, the Fund purchased a total of $240 million long term development bonds providing funds for his government to invest in necessary infrastructure and to support the government’s economic stimulus package to keep the country’s economy going.

“My government recognises the vital role that the Fund plays in our financial sector. In that regard it is vitally important my government continue to ensure the Fund is well managed and protected,” he added.

He further announces that in due course his government will bring to Parliament the new SINPF bill.

“I am also encouraged that positive movements in the Fund’s investments portfolio have contributed to the government’s improved sovereign risk rating – which is one of the key criteria in the independent fair value valuations of the Fund’s unlisted equities.

“I assure you all that my government, will continue to manage, grow, and protect our economy in a prudent manner so that we can spread the benefits of our investments to all the citizens of our country,” Sogavare said.

Meanwhile the board when considering the 2021 appropriate interest rate took into account the Board’s crediting and reserving policies.