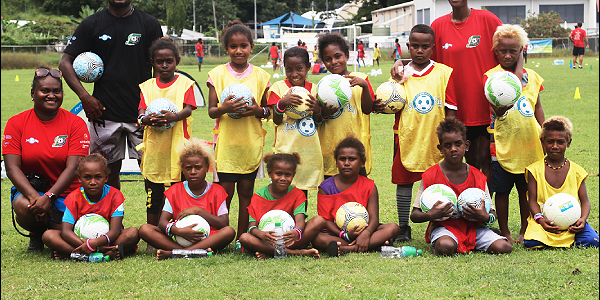 The program which comprises of more than a hundred children from in and around Honiara town was held at the Lawson Tama field, Saturday.

The Just Play department believes it is good to bring young children together to wrap up the year with football fun following the recent civil unrest in the capital.

“This festival was suggested because we wanted to bring back in a small way children’s focus from the past negative events of burning and looting and as well as ending the year with a children’s festival,” according to the Just Play Manager.

The success of the event can be attributed to the team work between the men’s and women’s national players, women’s development officer, national coaching director and the Just Play team.