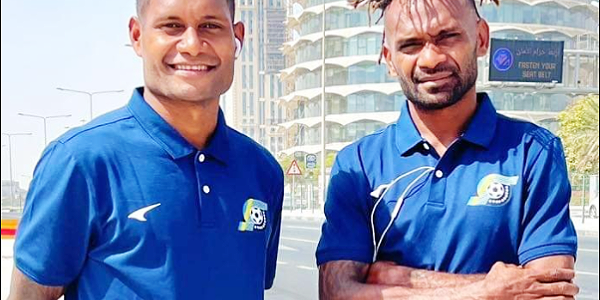 Kossa football club has wish two of its team members, Gagame Feni and Joses Nawo all the best ahead of the 2022 FIFA World cup qualifier in Qatar.

“The club is so honoured to have these two awesome footballers representing the club and the nation as well,” it concluded.

Out of the mixed young and experienced 25 players of the current national squad, 2 of the experienced players are from Kossa football club, they are Gagame Feni and Joses Nawo.

The club is hoping that the duo will do all their best with the national team as they will face Cook Island Thursday this week.

The national side will face Tahiti, Vanuatu and Cook Islands in group A of the FIFA world cup qualifiers in Qatar.