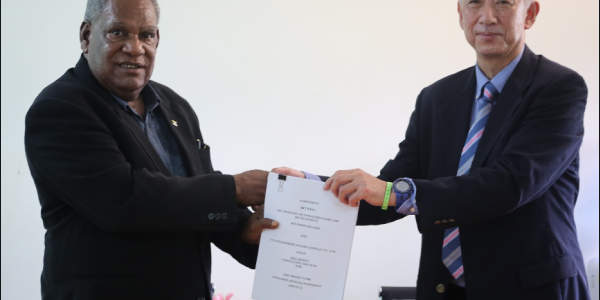 THE Ministry of Infrastructure Development (MID) has announced that Phase 2 of the Improvement of Kukum Highway Project will resume on Monday next week.

A statement from MID permanent secretary Stephen Maesiola said according to the contractor’s work schedule for the project, work will resume on 21st March 2022 from Henderson to Lungga Bridge.

“Works will involve road clearing, constructing of drainages and culvert installation. Therefore, the road should be cleared from any and all obstruction that may hinder and or impede the contractor’s work progress,” Mr Maesiola said.

The Improvement of Kukum Highway Project Phase 2 will start from the Ministry of Fisheries and Marine Resource to Henderson Domestic Airport road junction. The project is led by MID on behalf of the national government with the assistance of the Japanese Government.

Mr Maesiola said the Contractor’s Traffic Management Plan will be applied during construction time and Guadalcanal Police Traffic Henderson will be assisting the contractor in traffic control.

“MID on behalf of the Solomon Islands Government seeks the support and understanding from the authorities, stakeholders, business houses as well as the general public on the implementation of this important national project,” the permanent secretary said.