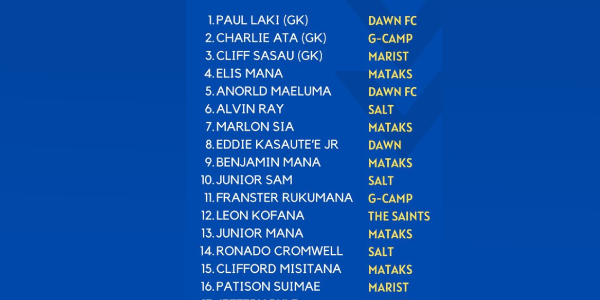 SEVENTEEN players are named in the Solomon Islands Futsal National Team, Kurukuru provisional squad for the OFC Futsal Cup 2022 to be held in Suva, Fiji, next month.

A statement from Solomon Islands Football said only seven players from the last World Cup squad were selected in the current provisional squad.

The statement said the players were selected from the SIFF Super Futsal League.

All 17 players are asked to attend a 10am team meeting on Monday 15th August 2022 at SIFF headquarters at the National Art Gallery.