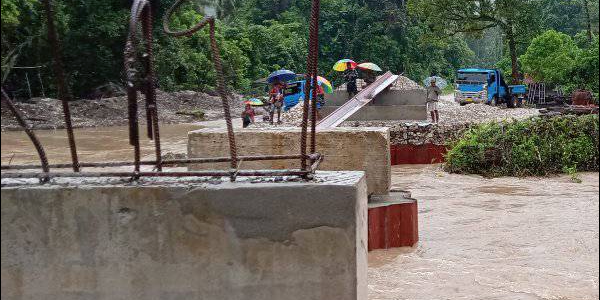 THE construction of the Kwai Bridge along the North Road in Malaita has finally been completed.

This was after it was damaged by flooded waters last December, causing a major setback to the travelling public over the passing months.

As of last week, vehicles no longer have difficulties crossing Kwai River during rainy days as they are now using mthe newly constructed Bridge.

Kwai Bridge since December of 2021 has been a setback to the travelling public following the washing away of the temporary bridge built to facilitate crossing while construction of a new permanent bridge is underway.

Vehicle owners and the travelling public have thanked the national government through the Ministry of Infrastructure and Development (MID) and the winning contractor for ensuring Kwai Bridge construction is complete on time.