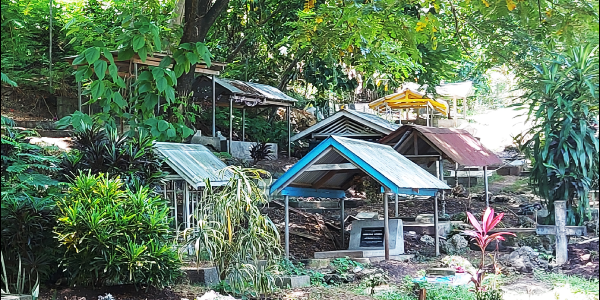 A SITE for the city’s new cemetery has been identified and is located at Gilbert Camp, East Honiara.

This was announced in Parliament on Thursday by the Minister of Lands, Housing and Survey Ishmael Avui during the Committee of Supply stage to debate the 2022 Appropriation Bill.

He was responding to a question raised by the Member of Parliament (MP) for Central Honiara Alfred Efona on the progress to identify a land for the new city’s cemetery.

In response Minister Avui said; “yes, we have identified a land within the new hospital site for the new cemetery.

“It’s a sizeable land of about ten hectares,” the minister said while quoting a new parcel number for the land area.

He said, work and survey including geotech has started.

Minister Avui said work to ensure there is road access, fencing and to clear off bombs left during the second world war will soon start.

He said his ministry is serious in getting the work done once the budget is passed.

The scout for a new cemetery became more demanding following the COVID-19 first wave after the current cemetery at Kola’a Ridge ran out of space.

Member of Parliament (MP) for Small Malaita Rick Hou has expressed gratitude for the work done by the ministry in identifying the new site.

He suggested that a land should also be allocated for a new dump site.