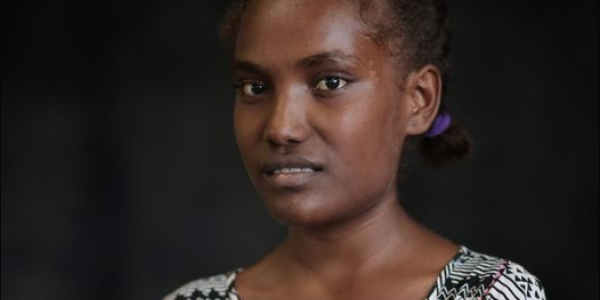 LINTA MABO – the 16-year-old school girl whose battle with heart problem has touched so many in and outside Solomon Islands – has lost the fight.

She died peacefully at her home village in east Guadalcanal on Tuesday, her Uncle Lemech Den confirmed to Solomon Star yesterday.

Mr Den said the family was unable to send her on time to Sydney for urgent treatment because the National Referral Hospital was taking forever in coordinating travel arrangement.

“Despite all the support from the public and Non-Government Organisations, including the Solomon Forest Association (SFA), the NRH has failed in organising Linta’s trip which should have been undertaken back in June,” the Uncle said.

Den said the slowness of the travel arrangement might be due to this global pandemic.

Family members were so sad on Linta’s passing at 4pm on Tuesday at their home village, he said.

A cousin of hers described the late Linta Mabo as “a stronger fighter” in a condolence message posted on Facebook.

“Even though how hard the road to her recovery seemed, that even if there’s hope or no hope, she’d be able to put a smile on everyone’s faces when she gets to meet people.”

“Whether you’re from another province, which denomination you’re in, background or race, she’d be able to give you her sweetest smile ever, and that’s the one thing I’ll miss to see from her,” she stated.

The SFA responded by offering to pay her costs after her family appealed for public support.

A spokesman told Solomon Star the Association does not understand why a young innocent live had to be lost through someone’s neglect.

Former Police Commissioner, Frank Short who also assisted in getting help for Linta to go to Australia, said yesterday he was speechless.

“I keep asking myself why such a tragedy should have taken the young child’s life?

“Could more have been done, more swiftly and with more coordination, I am lost for words,” Mr. Short said in an email from Bangkok, Thailand yesterday.