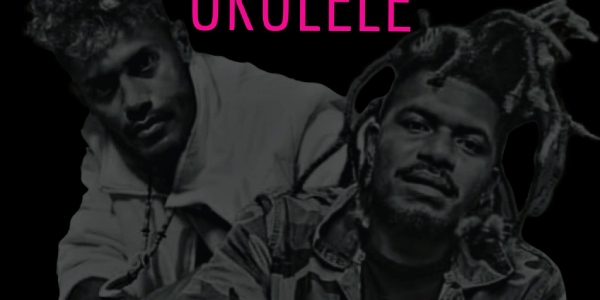 While the country faces one of its darkest occurrences in history following the recent unrest, the music duos flared out with something positive for the local citizens to be proud of and dedicated to the young populace

DJOOKY Oceania ambassador Victor Lopez confirmed out of 18 international finalists ‘Ukulele’ song came first with a rewarding music proposition that the artists can benefit from ‘making it to America’.

“Apart from winning first place, they are also given the choice of the prize money ($20k) or an all-expenses trip to LA where they will record a song with Brian Malouf (Michael Jackson & Madonnas Producer) at Capitol Records,” Lopez who is also the Manager of Solomon’s finest Door Man Project (DMP) artists Evin Rush, Arak, Mossa, Devande and Blad P2A

“This isn’t the first time we have entered in this competition, DMP & Mossa had taken out 2nd & 3rd Place of the competition at the beginning of this year. This time around it was a blessing to have Blad P2A win first place with all that’s been happening in Honiara.

“The current climate had made it extremely difficult to go out and get votes due to the violence and lockdown but the boys defeated the odds and reached their fans online to have them vote to win the competition,” Lopez expressed

“Thank you, everyone. If the world has to know about the Solomon Islands, it should be about the amazing level of talent and creativity in its youth, whether it be in sports, music, or other arts. It should be about our humility, perseverance, and drive to excel,” Khazin posted on his social media page

“This is for our generation and the younger generation who will take our music and art to the highest level there is. Everything on God! Thank you to those who paved the way, we are blazin now!

Likewise, Blad P2A “Thankyou to all the fans, family and friends who voted for us during one the toughest times our country has ever faced, we had to rely on very few resources to reach out to as many people as possible to show support and vote in such a short period, and to be honest with the unfortunate timing of the competition we never thought winning this competition would be even possible! This win wasn’t for us, this win was for the Solomon Islands and all our talented musicians here in solo and the pacific!”

The duos also got support from not only in the country but international followers and fans from Papua New Guinea, Vanuatu, Fiji, New Zealand, West Papua, Australia, Guam, United States and as far as Germany, Sweden & Italy in Europe

“We truly appreciate every single person who went out of their way to vote for us and it proves once and for all ‘WE HAVE THE BEST FANS IN THE WHOLE WORLD,” Pitua stated

“Also, shout out to DJOOKY Awards, the judging panel Brian Malouf and the team for the opportunity. Son, Scar Reeze last but not least DJ Lopez and my brothers for life DMP!