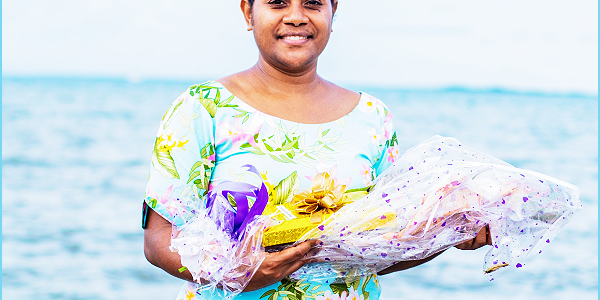 A LOCAL Seventh – Day Adventist (SDA) woman working in Fiji was ordained as ‘Pastor’ over the weekend in Fiji.

Pr. Maveni Kaufonogna, the President of the Trans Pacific Union Mission (TPUM) of SDA Church based in Fiji officiated in the ordination service at Lautoka SDA primary school compound.

Other church ministers from Fiji were also ordained as pastors during the occasion.

The ceremony was attended by church leaders from Fiji and members of the local Adventist Community working and studying in Fiji.

Minister Dalcie Taro Mikiwai, 35, now becomes a pastor, commissioned into the ministry of the Lord Jesus under the SDA Church, reports reaching the paper said.

Jonathan Galo a local theology scholar currently studying at Fulton Adventist College dubbed the ordination service of Pr. Dalcie as special because she is the first local female minister under TPUM to be commissioned as a pastor.

Galo praised God when Pr. Dalcie was ordained and commissioned as pastor.

“Praise the Lord. The ordination service today (6th Saturday) was special because, among them (other ministers) she is the first female minister of Solomon Islands under the TPUM to be commissioned into the ministry.

“The ordination service was conducted by Pr. Maveni Kaufonogna, the President of the Trans Pacific Union Mission of the Seventh-day Adventist Church,” he said.

Amongst those who attended the ceremony is the current TPUM Ministerial Director and local Pastor Linray Tutuo and his family who now reside in Suva, Fiji.

“We are so blessed to witness the commissioning service. To God be the glory, great things he has done,” he said.

Pr. Dalcie also thanked God for seeing her fit to be called in this way.

“I thank God for seeing me fit to be called in this way.

“I will forever be grateful to everyone who encouraged, supported and prayed for and with me.

“All glory and honour be unto Him!” she said.

Her dad is late Luke Taro and her mom is Dorcas Taro.

She married John Mikiwai a Fijian National and she now resides and works in Fiji with her family.

She began her educational journey in schools in the country and later went to Fiji to do her pastoral studies at Fulton College.

She attended Betikama Adventist College from 2000 to 2007 and later went to Fulton College to continue with her tertiary studies.

She graduated from Fulton College in 2011 with a Bachelor’s degree in Theology.

She has served in the Fiji Mission of Seventh-day Adventist church since 2013, due to her marriage to John Mikiwai a Fijian national.

Pr. Dalcie Mikiwai has worked in SDA mission in different schools and colleges in Fiji.

In 2013 she served in Suva Adventist College as a chaplain and Bible teacher. She went to serve at Navesau Adventist High School as chaplain in 2014 to 2016.

She later went to serve in Fulton Adventist University College as Director of Women’s Residence in 2017 to 2021.

As her passion in the ministry of God in Fiji, Pr. Dalcie is currently pursuing further studies in Clinical Pastoral Education.

“I am passionate about ministry to young people especially in the area of chaplaincy,” she said.

Dalcie’s future dream is to pursue advance studies in any areas related to Pastoral Counselling.

“If God allows me to achieve my future dream then I will achieve it,” she said.

Solomon Islanders who are living in Fiji who know Pr. Dalcie and John Mikiwai congratulated Pr. Dalcie for her ordination and commissioning to be a female pastor working in the ministry of God in Fiji.