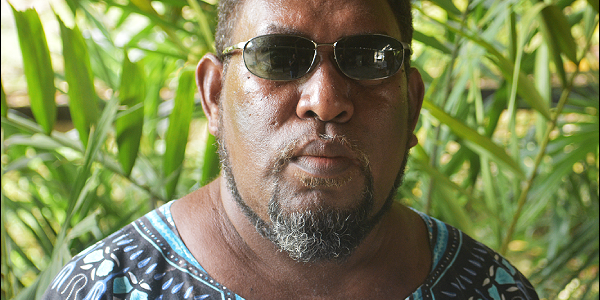 NON-EXECUTIVE Members of the Malaita Provincial Government have called on Premier Daniel Suidani and his Malaita Alliance for Rural Advancement (MARA) to plan a reconciliation of all 33 Members of the Provincial Assembly (MPAs), before the upcoming Assembly meeting this month.

Speaking on behalf of the non-executive members, MPA for Ward 15, Edward Misite’e said Malaita province needs the support and unity of its MPAs to move the province forward in such an unprecedented time.

Mr Misite’e said his colleagues have called on Premier Suidani to consider a dialogue, so that the members can come together and sort out their ill political differences before they can carry on with the provincial business for 2022.

“Since the failed motion against Suidani in October 27 2021, those of us from the non-executive bench have opted not to sit in and be part of the previous Assembly meetings.

“This is because of the ill political feelings we have for those in the ruling MARA government,” the Ward 15 MPA said.

This, according to Mr Misite’e has led to the withdrawal of his colleagues from the Malaita Public Account Committee (PAC) in late 2021.

“Their withdrawal has forced the provincial government to approve the revised budget last year, without any scrutiny by the PAC.

“This is the reason why the revised budget brought forward by the MARA government in late 2021 is not assented by the Ministry of Provincial Government & Institutional Strengthening (MPIGS),” he added.

Therefore, the non-executive members are calling on Premier Suidani to seriously consider their call for a dialogue now, to appoint members into the PAC so that the original estimated budget 2022 for Malaita is passed and approved by the national government.

“We humbly call on the Premier to assess the provincial government situation, humble himself, be a leader, come forward and talk to us.

“We need to iron out our differences, because we all are elected leaders and the province and people of Malaita need us now.

“If we continue to govern our people with ill political feelings between us, then our people will be victimised,” the spokesperson for the non-executive MPAs told the Solomon Star.

He added, their concern and worries now is that if the differences between them is not sorted, the 2022 Budget will not be approved and developments in Malaita will be affected as well as the people.

“This is a serious call. Premier Suidani needs to consider it, for the good of the people of Malaita.

“The province needs the support of us all, especially during the Covid-19 outbreak in Solomon Islands, which is now affecting our province. Our people are expecting our support, that’s why the passing of the budget is important,” Mr Misite’e added.

Meanwhile, the non-executive group has also called on Premier Suidani to quickly sort out the longstanding issue between MARA and the national government. This is important so that major development projects earmarked for the province can progress smoothly.