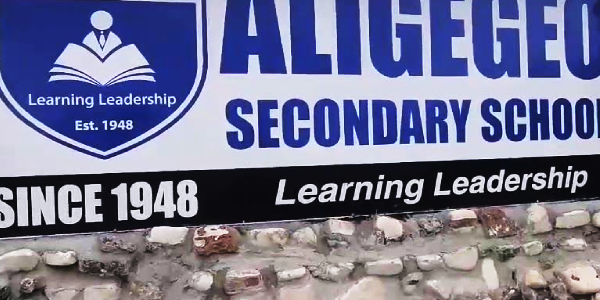 ALIGEGEO Provincial Secondary School (PSS) is in danger following the death of a student this week.

A likely Malaria outbreak reported at the Aligegeo Provincial Secondary School (PSS) in Malaita Province has already claimed one life while many more have been infected.

“A form four students by the name of Jackson Maena’o hailed from Gwaiau village in North Malaita is the first victim of the Malaria outbreak.”

Mr Bebesia said the student died at around 6pm on Tuesday evening at the school compound.

The incident has shocked the students and staff alike as the school lost one of its students in a very unlikely way.

Despite the challenging time the school had gone through, students and staff organized a final tribute for the late Maena’o in the early hours of Wednesday morning.

He said the farewell tribute event was an emotional one for both students and staff.

Speaking during the farewell tribute the APSS principal took time to share condolence with the family of the deceased.

“On behalf of the Malaita Education Authority, school administration, staff, students, and parents, we share our deepest and heartfelt sympathy to you Francis, John Lee, and immediate family members of late Jackson in this time of great loss.”

“Our hearts and prayers are with you in this darkest time, may his soul rest in peace with our good lord.”

Aligegeo PSS has a population of over 500 students.

Yesterday, the school administration has decided to close the school for an indefinite period to monitor the current health crisis at the school.

Bebesia said the likely outbreak of malaria at the school has now claimed the life of a Form Four student and half the student population are still sick.

Mr Bebesia said the situation is beyond the control of the school administration and it is only proper to close down the school and allow students to return home to their parents while they continue to monitor the situation.

Many students have started leaving the school yesterday.

“The school admin is trying its best to arrange transport for all students to return home today,” the school principal said yesterday.

Therefore, he urged transport providers to assist the school in providing transport for its students.

Requests from the school for the Kilu’ufi Hospital Health Surveillance team to attend to the situation at the school have also been very slow, the principal said.

He added that students who went to Kilu’ufi Hospital to seek medical attention during the week were tested positive to malaria but were unable to get any medication due to shortage of drugs at the hospital.

Meanwhile, the Ministry of Health and Medical Services (MHMS) yesterday issued a statement announcing the arrival of 20 containers of the country’s much needed medical supplies.

However, it said only two containers were released yesterday.

The ministry said clearing 20 containers at the ports entail quite significant amount of paper work and the process is enormous let alone compliance issues.

“This morning two containers have been cleared and medical supplies delivered to the National Medical Store.

“Medical supplies in the two containers contain inhalers, and medical drugs and tomorrow and days to follow health is expecting the remainder of the containers containing plasters, gauze, and IV fluids to be cleared for release and distribution,” the ministry said.

It added that distribution of this much needed supplies will also take time.

“Time will be needed to move the tonnes of medical supplies and consumables from the containers to the National Medical Store and time will also be needed to make arrangements for shipment to second level medical stores in the provinces and moving the items to their final destination, the health facilities.

“The Ministry of Health and Medical Services (MHMS) is fully aware of medical supplies and items that are running out of stock, some of which has been highlighted and discussed over social media platforms.

“With this, health would like to once again confirm that medical supplies for 2021 -2022 including buffer stock for additional six months in case of any unforeseen emergencies that should have arrived early this year have arrived with few more to come in the coming weeks,” the ministry said.