MARA back in full strength 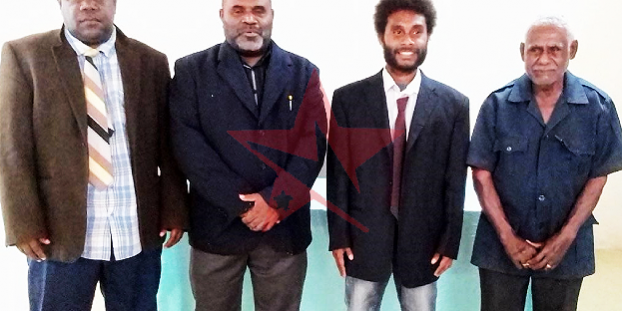 The MARA government under the leadership of Premier Daniel Suidani is now back to full strength with the swearing-in of two new ministers, Thursday.

The two new ministers joined the MARA camp on Tuesday this week and got their oath yesterday administered by a commission of oath and provincial clerk in the absence of the Speaker and his Deputy who are still absent from office.

With the latest inclusion of the two new ministers, all 16 ministerial portfolios under the MARA government are now filled.