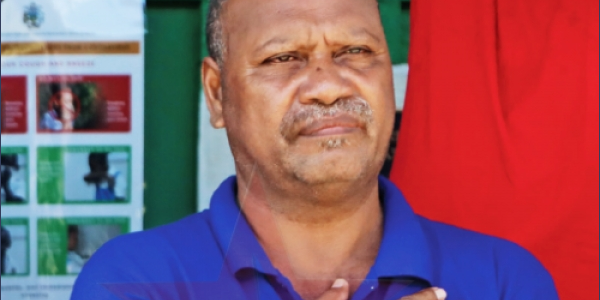 THE Malaita Provincial Government executive will meet any time soon to look into the call for reconciliation and compensation demand put forward by the non-executive MPAs.

Premier Daniel Suidani confirmed this to Solomon Star Auki in an interview yesterday, when asked about the progress of the reconciliation and compensation demand from the opposition group.

He said he will let his executive respond to the call and demand by the non-executive group.

He said whatever decision they reach in the upcoming meeting should capture the view of the whole executive and must be inclusive and reflective of Malaita culture and tradition.

This is in terms of solving issues between leaders to strengthen their brotherhood in leadership moving forward.

Not long after his reconciliation call, a story was leaked, exposing a huge claim for compensation attached with the call for reconciliation by the opposition MPAs.

The Ward 13 MPA stated in the local media his dissatisfaction of why the information about compensation demand was leaked to the local media by stating it is an in-house matter that shouldn’t be in the media at the first place.

The view he shared about the compensation demand as an in-house matter was widely criticized by many commentators on social media. Many commentators said it is in the public interest to know the actions and decisions made and reached by voted leaders.

Meanwhile, Premier Suidani said Malaita has ways to deal with such especially when relationships break down between leaders.

He added, whatever solution that is reached should be reflective and in respect of the Malaita culture.