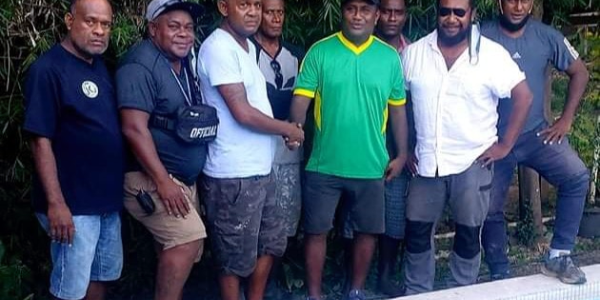 The confirmation was made through a statement from KOSSA yesterday.

KOSSA welcomed Marahare back to the team as they set their focus for the upcoming TSL season.

“The club team management over the weekend welcomes Eddie Marahare to the club and also to the KOSSA family.

“The club is pleased to welcome former KOSSA FC coach and Henderson Eels FC coach, Eddie Marahare to the club.

“Looking forward to the new season up ahead,” the statement reads.

Marahare’s appointment came after Henderson Eels announced his departure from the club two weeks ago.

Following a successful spell with Henderson Eels, KOSSA FC will be banking on the Marahare’s experience for this TSL season.

The KOSSA team management also thanked former coaches Franco Ne’e and Seni Ngava for looking after the team when the club was going through some challenging times.

Marahare is expected to start his coaching programs soon as the club confirms its players’ return.