Matanga: Always uphold respect and commitment in your duty. 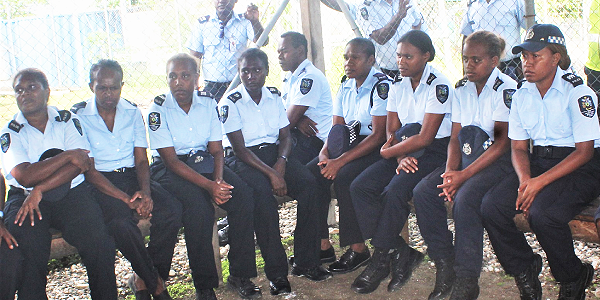 The Deputy Commissioner of the Royal Solomon Islands Police Force (RSIPF) Juanita Matanga highlighted the importance of respect and commitment as two key attitudes in the work of police.

Speaking during her meeting with RSIPF in Auki yesterday she said it is important for police officers to continue to uphold respect and commitment in the course of their duty.

She said it is paramount the police officers must committed to the oath that they undertook when first joining the police force.

With regards to respect, she said police work with different stakeholders within the society where she said it is important to uphold respect in their approach.

She said when enforcing law with respect it always come out with a good outcome where she said respect is earned by showing respect in police approach.

With that, she urged RSIPF in Auki to maintain its good working relationship with communities in Malaita as a way forward.

She said policing alone would not address issues in the country where she said respect is an important essence in achieving effective policing.