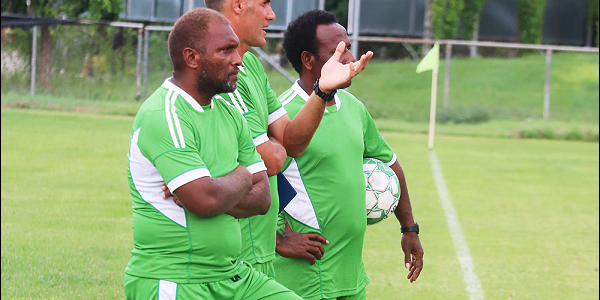 The training is part of the preparation for the Oceania World Cup Qualifiers which will be held in mid-March.

Solomon Islands coach Felipe Vega-Arango recently admitted that Group A of the OFC Preliminary competition for the FIFA World Cup 2022 will be tough so the team must utilize the time left before the competition.

“We’re playing in March and we have Tahiti, Vanuatu and the winner of the match between the Cook Islands and Tonga, to be honest with you, all the teams are difficult.

“All the games are difficult qualifying matches, everybody wants to win and everybody’s going to prepare well at this moment.”

“We don’t have too much time to prepare, we need to practice as much time as possible,” he added.

One of coach Felipe’s aims when appointed as head coach last year, is to help prepare Solomon Islands for the World Cup.

The Spaniard is working really hard to achieve that and at the same time help prepare Solomon Islands for the Pacific Games 2023.

The OFC Preliminary competition will take place in Qatar from March 14th to 30th.

Currently there are 29 players in the national training squad and they will train every weekday.