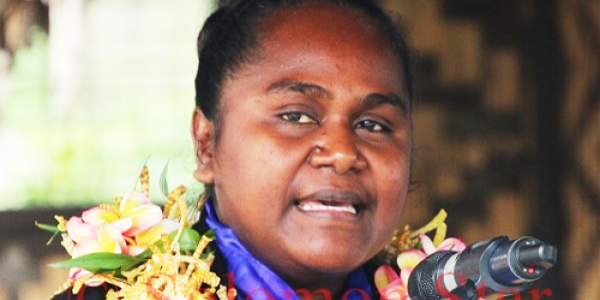 Minister for Education and Human Resources Development says it is disheartening that whenever there is a civil unrest its the country’s education system that is always blamed for violence resulting in looting, burning of properties, hatred and killing.

“Critics of the education system think that the education that rioters have had not prepared them for life and so they are engaged in unlawful activities much to the misery of business owners,” she expressed.

She however alluded that the terrible things that rioters who are mostly youths did are not what they are taught or learned in schools beginning in elementary education but rather things they are misled to do by the influence of others.

“The youths that involved in the recent civil unrest did havoc to the business houses because they are influenced and misled by others into believing that what they had done was right thing to do and was the best solution to pull down the government of the day”.

Mrs Tanagada who speak on behalf of government believes there are forces at play that have contributed to the disunity among our people and communities.