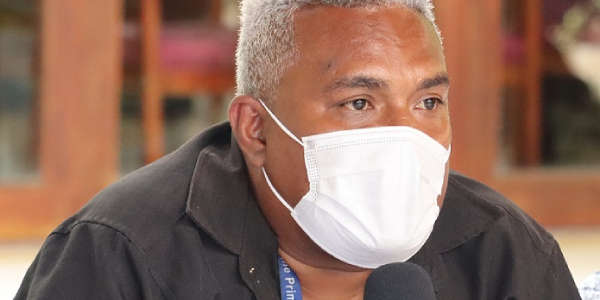 Ongoing misinformation by anti-government groups and individuals on the proposed one-off deferral of the 2023 election have effectively confused and disturbed ordinary citizens, especially, those in rural areas.

This was observed by the Special Secretary to the Prime Minister (SSPM), Albert Kabui, who recently accompanied some Members of Parliament to their constituencies to consult constituents on the proposed one-off deferral.

Kabui told a Press Conference today that many ordinary people, especially, those in rural villages in some constituencies were misled to believe that the proposal is unconstitutional and improper.

But he explained that the National Constitution is clear on this and allowed for a constitutional amendment to effect necessary changes to allow for the process to take place.

“From feedback we received during recent consultations, many ordinary people who do not understand the legal processes said they were misled to believe the assumptions that this proposal is unconstitutional, which is incorrect and disturbing to our ordinary folks,” Kabui said.

He said the proposal by the Government for the one-off deferral of elections will be decided by Parliament and not the Government as assumed by commentators and anti-government groups.

He added the draft bill on this subject is intended to provide the opportunity for elected Members of Parliament to debate and decide on the matter at the right time and place, which is the national parliament.

The Government’s proposal for the deferral is intended to allow the country to host the 2023 Pacific Games, which also coincides with the national election year.

Hosting two large events at the same time is costly for the Government and the appropriate option is to defer the election and host the games, which is the only opportunity for Solomon Islands now.

Delaying the hosting of the games in 2023 will mean Solomon Islands will only have the opportunity after the next 40 or so years.