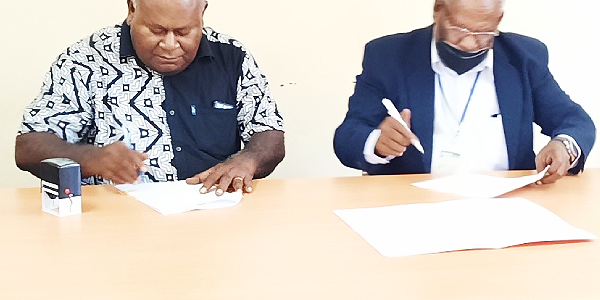 A MEMORANDUM of Understanding (MOU) was signed on Thursday to pave way for the construction of a new wharf at Tulagi, Central Islands Province.

The MOU was signed between Ministry of Infrastructure Development (MID) and Central Islands Province at the MID office in Honiara.

According to MID, work on the wharf project had already started last week through pre-cast and clearing by the winning contractor Trade Transformation Company (TTC).

TTC was awarded the contract on 1st November 2021.

However, MID said following the issuance of the contract to the contractor by the NTP the contractor was unable to work then due to the November riot which later followed by the community outbreak of COVID-19.

The curfews and lockdown during then further delayed the project until last week.