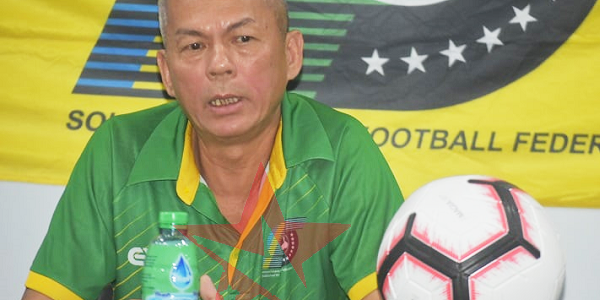 PRESIDENT of the Solomon Islands Footbal Federation and Head of National Teams, William Lai on Thursday revealed that there is a need for a new road map for futsal for the next FIFA Futsal World Cup.

Lai told media in a press conference on Thursday there are two important approaches to take in this road map.

He said a new road map is vital as other Pacific Island nations are catching up and it will be a matter of time that they will be able to dethrone Kurukuru as the Oceania champions.

“It’s been a trend that every four years for the last 16 years we go to the FIFA Futsal World Cup. I was able to travel with the Kurukuru team to the World Cup and I think we need another road map for the next three years to be able to return to the World Cup.

“There are two things we need to do, first we need to reinvent Kurukuru as a household name and need to invest more in Kurukuru for two reasons, one Oceania countries are catching up so we need to set up more to be able to compete against the World’s best nations on the World scene, we need to close the gap.

“Looking to the future, we are looking at how to build the next generation of Kurukuru players and improve the domestic competitions for both the senior and youth futsal.

“We are planning to have at least two international tournaments in Honiara when the futsal facility is completed.

“On this note on behalf of SIFF would like to thank our stakeholders, management and sponsors for a great job in preparing the team for the World Cup even though we couldn’t achieve our goal to qualify young the group stage,” he said.

The president also acknowledged the Kurukuru players for their time, commitment and efforts in their recent FIFA Futsal World Cup campaign.