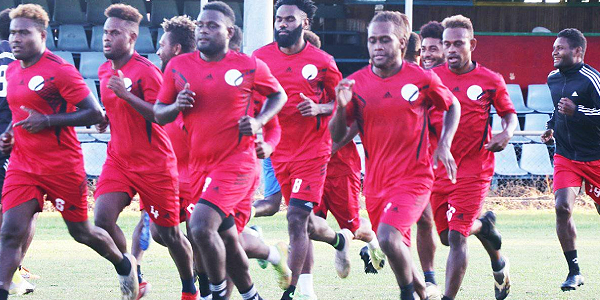 SOLOMON Warriors football club and Central Coast FC have stepped up their training in preparations for the OFC championship playoff next month in Honiara.

The playoff between the top two teams in the previous Telekom S-league (TSL) season Central Coast FC and Solomon Warriors will determine the country’s club representative at the OFC Champions League.

The OFC championship league play-off will be held next month at the Lawson tama stadium.