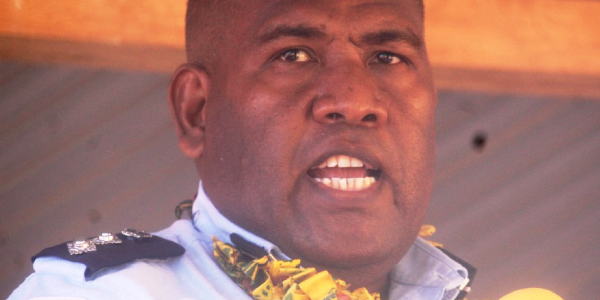 THE Officer in charge of Malu’u police station, North Malaita has been recalled back to Auki while awaiting further disciplinary action.

This was over a report of misconduct from villagers around the Malu’u station.

A Chief from North Malaita, Atalea Maena made a call though Solomon Star Auki for the removal of the police officer.

He said the action of the police officer did not go down well with the public as it portrayed a bad image of the police, who should lead by example.

The chief said they want police officers who have respect for their job and the public to serve at Malu’u police station and not the other way around.

He said the latest action by Malu’u police is surprisingly unreliable where he said people in North Malaita want Malu’u police to be investigated and remove officers who act like criminals in public.

Responding to this, PPC Riolo apologises for the action of the officer and said they will deal with the officer accordingly.

He said the fact that the officer has been recalled from Malu’u following his actions shows that police have listened to the concerns of the people.

Mr. Riolo said a new officer will be sent to Malu’u where he encourages communities in North Malaita to continue maintaining good relationships with the police for the good of all.