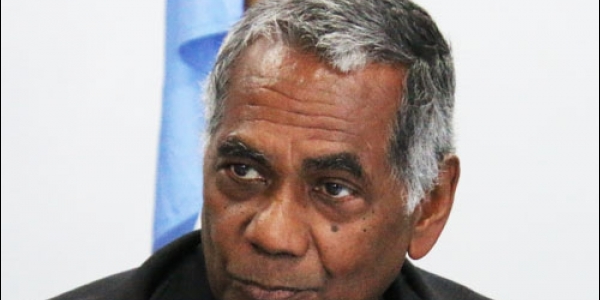 OFFICE of the Prime Minister and Cabinet has denied renting an office space for ‘ex-combatants’ at Town Ground Plaza.

Dr Rodgers said the OPMC is not aware of any arrangements with ex-combatants for an office space at Town Ground Plaza and assured the PAC that they will ‘investigate and establish facts.

“Maybe others might know but if ex-combatants claim they have an office there, rented by OPMC then I am not aware,” Dr Rodgers told the PAC.

The SPM was responding to supplementary questions by PAC member and MP for Aoke Langalanga Hon. Matthew Wale on the issue of the Truth and Reconciliation Report (TRC) promised to be tabled in Parliament in early 2023.

Hon Wale when questioning the SPM said, it is common knowledge and even some members of the OPMC are also seen frequenting the office at Town Ground.

He said OPMC has a duty of care to clarify this since they are claiming that it was a directive from the OPMC.

“It’s entirely possible the Prime Minister’s name might be used but it needs to be addressed and OPMC needs to set the record straight rather than raising expectations and causing frustration amongst these people,” Hon Wale said.

Hon Wale encouraged OPMC to investigate the matter and clarify as a matter of public interest.

He said the ex-combatants have high expectations that the government promise to pay them 300k each and they are quite displeased.

He said his constituency office is also located at Town Ground Plaza and he usually come across ex combatants there who openly shared that they are operating an office under OPMC.

“Please investigate and clarify,” he said.