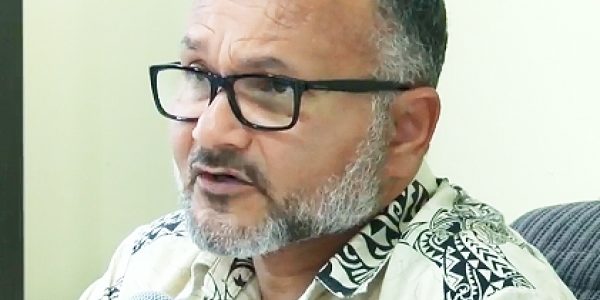 THE Parliamentary Opposition Group has reiterated its call for the immediate termination of the Minister of Aviation & Communication Peter Shanel.

In a statement on Thursday, the Opposition Group called on the Prime Minister to remove his aviation minister following serious allegations levelled against him by former aviation director George Satu.

Mr Satu who was also suspended over the Special Audit report on Special Civil Aviation Funds,has revealed a number of allegations against Shanel; one of which was the use of aviation funds to pay for his children’s flight from Taiwan to Singapore for their holiday, following a request by the minister.

“Minister Shanel should be dismissed to allow investigations against him to proceed.The allegations are serious and the minister must be held accountable,” the statement by the Opposition insisted.

The Opposition Office challenged Sogavare to do the right thing and that if he can sack his former mines minister and infrastructure minister; then why not his aviation minister.

The Opposition Office said allowing Shanel to remain in office; jeopardizes any attempt to investigate the allegations leveled against him.

“In order for Shanel to clear his name, Sogavare must terminate his minister,” the Opposition Office added.

“The minister is faced with allegations that derailed any respect that should be accorded to him and likewise, his oath to serve the interests of the ministry is being threatened by the allegation of self- interest leveled against him,” the Opposition Office stated.

CMCC COMPLETES ENQUIRY INTO HEALTH COVID-19 RESPONSE TO DATE
May 20, 2022

Wale welcomes desire by Malaita MPAs to work together
May 20, 2022