OPPOSITION WARNS; SI SHOULD NOT BE ON THE GROUNDS BIG POWERS PLAY 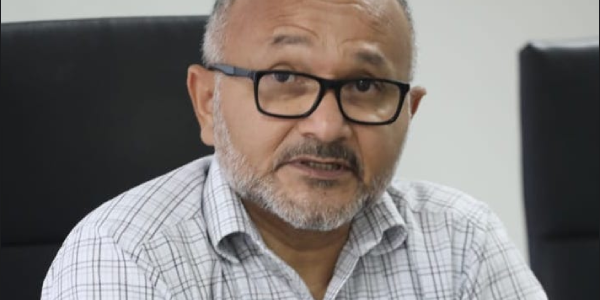 OPPOSITION Leader Hon Matthew Wale has warned that Solomon Islands should not to be on the grounds where big powers play or compete.

Hon Wale made this statement this afternoon following the controversial draft security MOU with China leaked in the media recently.

The Opposition Leader warned that this is a very dangerous place to be and the agreement places Solomon Islands in a very vulnerable ground in terms of geopolitical competition.

The Opposition Leader said Solomon Islands is a young democracy, fairly fragile and geopolitics already has a direct impact in our politics, domestic governance and even threatening our national unity.

He said if the security agreement takes on more serious deployments and show based facilities, for sure there will be force projection issues.

“If we have Chinese military assets here in SI, for sure it will project Chinese force that has a direct implication for the rest of the region,” Hon Wale said.

The Opposition Leader warned that these are not small issues and the Government should thread carefully.

Hon Wale said it would be good to know what is missing in the Australia and New Zealand agreement that Solomon Islands has benefited from compared to the China agreement.

“It is important that our security relationships are open and transparent. But the way the document was leaked points to secrecy with due process into its drafting and the government has not been transparent about it,” he said.

Hon Wale said it is not surprising because that is how the Prime Minister and the government had always been operating, under secrecy.

The Opposition Leader said the Prime Minister and his government has taken an unnecessary and very sensitive step.

“But we wouldn’t be surprised because all these are done for the Prime Minister’s own political security. It has never been about Solomon Islands, our people nor our democracy but for his personal political sustenance,” Hon Wale said.