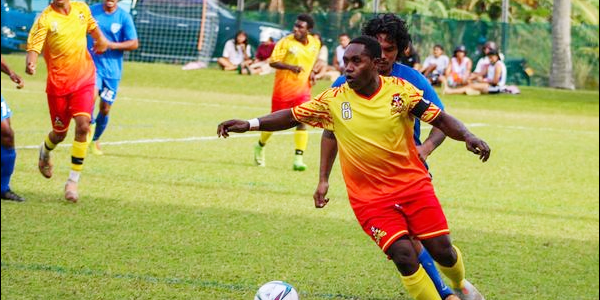 SOLOMON Islands James Osiramo has stamped his name in the Cook Islands Football League after helping his club qualify for this year’s OFC Champion’s League.

The Oceania Football media described midfielder Osiramo as an experience player with extensive experience in Oceania football particularly in the Cook Islands League.

His experience in the league helped both older and new players in the Cook Islands League.

He has been living in Cook Islands for quite a long time and is now a Cook Island nationality as well.

Osiramo with the help of his team mate Marc Leito protected the defence with extra solid and tight security for the backline.

He is also a forward giving another option for attack and creates situations out of nothing.

Osiramo helped his club win all the trophies at the end of 2021 Cook Islands Football season to qualify for this year’s OFC Champion’s League.