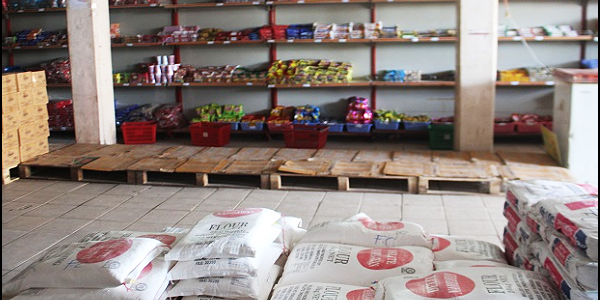 PEOPLE in Western Province especially from the nearby islands close to Gizo have rushed in to buy food from the shops over the past days.

This comes as the province plans to impose a lockdown which is likely to affect many villagers from the neighboring islands.

As a result all the social measures have been implemented and put into action, the people will face so many challenges and difficulties that will directly affects their daily lives.

According to the Western Provincial Disaster Oversight Committee (PDOC) Chairman Jeffrey Wickham, if the situation worsens in the event there’s community transmission occurring in the province, it is likely a lock down will be imposed.

The PDOC Chairman said as a result shortage of food will hit the province as a whole.

“If we are to stick to the given strategy for quite awhile, we will face some other problems regarding shortage of food.”

He said rice in particular, other items and including fuel for example are likely to hit hard if there’s a lockdown.

But the Government will look into it if there is a need for us to allow only fuel and cargo vessel to enter the province.

“Government will decide on this but as it stands at the moment there is no ship that will enter Western Province.

He then appealed to people living at islands and villages to plant more garden crops.

‘’And also try to get the communities to be involved in planting more gardening crops because we don’t know whether when the sick will go away.

‘’As long as the COVID-19 remains with us it will stay with us and we will continue to experience the ban of ships and planes from traveling in our province,’’ he added.

Meanwhile, communities in the far west of Shortland Islands have already experienced shortage of food.

It is said that small shops and canteens situated at the respective communities are running out of stock and cargoes.

Their only option is to travel across Taro Station in Choiseul Province to get some of their shop items and stock.