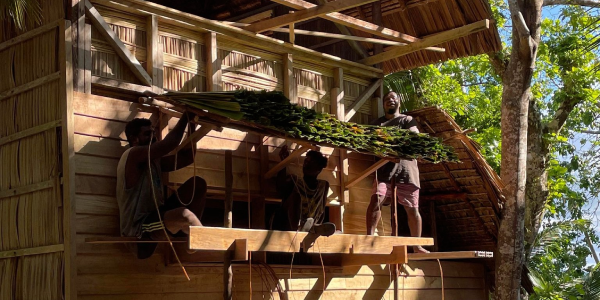 FOLLOWING the announcement by Prime Minister (PM) Manasseh Sogavare recently for the reopening of the international border by 1st July, a number of tourism operators are preparing for the arrival of overseas guests.

One of them is Papatura Island Retreat on Isabel.

In a statement via its Facebook page, the Island Retreat said; “Woo Hoo International borders are opening on 1st July! After 2.5 years of closure we’ll be happy to see some familiar faces.”

As part of welcoming the guest in a month’s time it (Island Retreat) has commenced preparation with the construction of a new bungalow.

“We have built one new bungalow ready for international guests and are currently upgrading one of our lofts to take guests once borders open,” the statement said.

Staff and management of Papatura early this month also underwent a training organized by the tourism division in preparation for the border reopening.

This is to ensure the Island Retreat is able to operate within the health protocols as promoted by the health authorities.

Since the border closures a lot of expats living and working in the country were able to visit the Papatura for a weekend holiday under the special holiday packages offered by Solomon Islands Government and the Solomon Airlines.