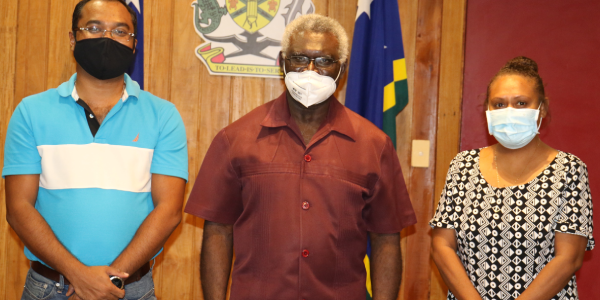 Details of the visit are being finalized.

The Prime Minister will visit SITCO’s premises to witness the company’s rebuilt factory now running double shifts over the past 2 months.

Damage sustained by SITCO during the riot was more than 48 million dollars.

In the words of the SITCO General Manager, “the PM’s visit will be a big boost and encouragement to 120 mostly local workers as the company bounces back from the ruins of November riots.”

The SITCO GM thanked the government for continued assistance which is necessary for business confidence and investment following last year’s riots.

SITCO has operated in Solomon Islands for more than 50 years and has paid more than One Billion dollars in taxes directly to the government over the last 4 years.

An earlier invitation for the Prime Minister to visit SITCO could not eventuate during the Lockdown period.