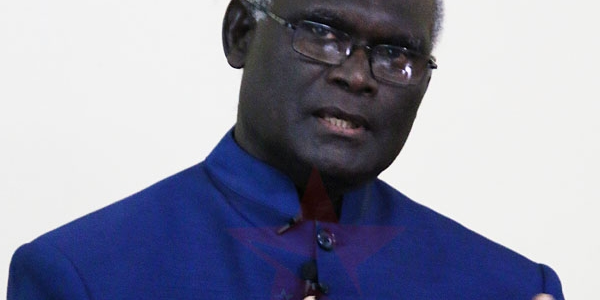 The decision for a meeting with Mr. Sogavare was taken at a meeting last night, the sources said.

Members of the Royal Solomon Islands Police Force (RSIPF) were allegedly involved in negotiating the time and venue for the meeting with Prime Minister Sogavare, the sources said.

“It was agreed the meeting would take place at the Police Headquarters at Rove at midday. The group offered Rove as a venue as a compromise to avoid any suspicion on the part of the government if the venue was elsewhere,” the sources said.

“Two things will happen at the meeting – the first is to give the Prime Minister a copy of the petition, which was delivered at his office two weeks ago and the second is they want a response on the spot from the Prime Minister,” an individual who attended Saturday night’s meeting said last night.

The petition, allegedly signed by more than 800 individuals, is calling on the Prime Minister to step down immediately.

The group blamed the government for the decision by the World Bank to pull the plug on the funding for the Fiu Bridge Project near Auki.

The sources said the group is getting frustrated because the government appears to have ignored the petition, which was hand delivered at the Office of the Prime Minister almost two weeks ago.

“The group has not received even an acknowledgement from the Office of the Prime Minister. Because of this, the group now decides to demand a face-to-face with Mr. Sogavare. After all, he is their Prime Minister too.

“They want to give him a hard copy and to hear a response,” the sources said.

The sources said the decision by Mr. Sogavare to meet or deny a meeting will determine what the group will do next.

It is understood the group is linked to a group which earlier was reportedly plotting to take down Prime Minister Sogavare’s government.

No comments could be obtained either from the Office of the Prime Minister or the Royal Solomon Islands Police Force.