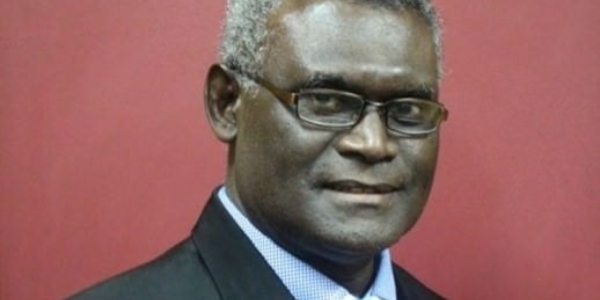 PRIME Minister Sogavare was reportedly put on the spotlight by members of his own ruling DCGA coalition on Tuesday over the Mustard Seed International Health Insurance cover.

Members of Parliament in the ruling coalition reportedly subscribed to the scheme by salary deductions every forth night, reportedly by as much as 10 per cent of their salaries. The scheme is also said to have covered public servants as well whose salaries are deducted fortnightly.

Under the arrangement, the 38 MPs in the government can claim full or partial reimbursements for medical expenses including expenses they personally met out of pocket. These expenses could be claimed from the Mustard Seed International Health Insurance Office in Honiara.

But unpaid bills including those from local medical clinics that MPs had consulted keep piling up, forcing MPs to question the Prime Minister about what is going on.

Their anger reportedly boiled over in Caucus last Tuesday when they learned that the head office of Mustard Seed International Health Insurance had paid out SBD9 million to the Honiara Office to settle the outstanding bills.

“One by one the MPs questioned the Prime Minister about what is going on in Tuesday’s Caucus meeting,” insiders said.

“Where did this money go and why are our bills not paid?, one insider told Solomon Star last night.

The angry MPs said they want answers or they will quit the coalition,” the insiders said.

Mustard Seed International Health Insurance scheme is run by an Agnes Podorua, who reportedly introduced the scheme to Members of Parliament in Papua New Guinea as well. She could not be contacted for comments last night.

Unconfirmed reports suggest she is seeking medical attention in the Philippines.

The Ministry of Commerce, Industries, Immigration and Labour confirmed Mustard Seed International Ltd was incorporated in Solomon Islands under the Companies Act 2009 on 25 February 2011. Its Company registration number is 20111424.

The company was initially incorporated but removed from the Company Haus register from 01January 2016 to 01 February 2016, according to Company Haus extract.

The company has 5 million shares and five directors. The directors are a Peter Hauia, a Peter jnr Hauia, a Aggie Podarua and a Freeman Podarua, a PNG national. All the directors were appointed on the 25 February 2011 – the day the company was incorporated.

According to insiders the Company has since opened a private clinic in Honiara. But the clinic is allegedly operating without a doctor a prerequisite for the legal operation of a medical clinic, which a qualified doctor must own up to 70 per cent.

The clinic located at the Hyundai Mall is manned by a registered nurse. Most importantly it is reportedly operating without the prior approval of the Solomon Islands Medical Board.

One unnamed local doctor who runs a private clinic is owed well over $200, 000 in unpaid medical bills for Government MPs. The bill remains unpaid, according to the doctor who requested anonymity.