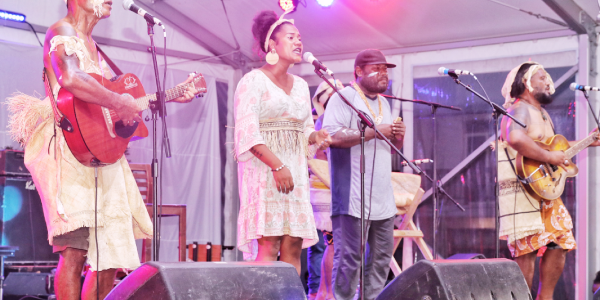 The Royal Solomon Islands Police Force (RSIPF) thank the members of the general public for good behaviour shown throughout the Wantok Musik Concert held at Pacific Crown Hotel on 21 January 2023.

“You have shown that you have respect for your fellow citizen and foreigners who attended the program. There were no incidents reported at Pacific Crown where the concert was held.”

“I would like to thank my officers and Solomon’s International Assistance Force who took part in the successful operation. I would also like to thank those private security company who worked very closely with police in making sure people enjoyed the event.” Mr. Robo adds