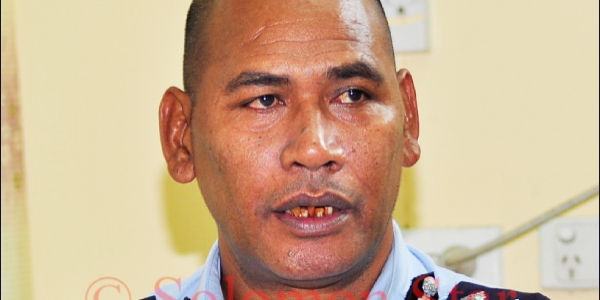 The Royal Solomon Islands Police Force (RSIPF) is calling on all community leaders to help police stop the protests on the streets of Honiara.

“I am respectfully calling on all community leaders to help us spread the message that ‘enough is enough’.

“There is no more need for protests on the streets. We are a nation founded on strong Christian principles and values. A nation where our traditions, cultures, and values are accepted and respected, for each day we wake to sounds of birds singing and not to the sound of shouting and burning.

“Those who want to cause harm, damage or destruction in our communities must not be allowed to do so. Let us work together to stop such illegal acts,” Commissioner Mangau said.

He also strongly appealed to the citizens of Honiara to make the right choice by refraining from looting and burning of valuable infrastructures.

“I am very concerned about the current unrest as innocent people have been badly affected by such criminal acts.

“Obviously we do not want to see any of this happen and we want to make sure that our streets, schools and that our businesses remain open,” he said.

The commissioner also praised communities in West Honiara who support police to protect the western side of Honiara City.

“Moreover, I would like to thank the Naha community for taking the same approach to protect Naha police station. This is the kind of support we need to render to help each other.”

“I would also like to commend the RSIPF officers throughout the country for continuing to sacrifice their precious time and efforts from their families to deter anti-social behaviour in Honiara and the rest of the country to ensure our citizens are safe and secure,” says Commissioner Mangau.

Police will continue to monitor and deploy patrols throughout Honiara City to ensure there is peace and maintenance of law and order by our law-abiding citizens.