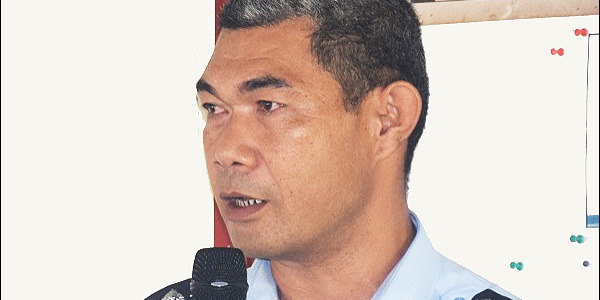 A statement from RSIPF said the operation which will end on June 13th will cover areas in Nila and Hitou in Shortland Island, Munda, Noro, communities in New Georgia Island, Ringgi, Jack Harbour and Kolombangara.

Officer In-charge (OIC) of the RSIPF EOD team, Inspector Clifford Tunuki said the operation is in response to multiple unexploded ordnance (UXO) reports to police by local communities in these areas.

“…a team is now ready to deal with those World War II remnants.

“The enactment of this task is part of the RSIPF’s responsibilities to remove and destroy bombs found which are endangering our environment, lives and properties,” Mr Tunuki said.

He said while the team is on the ground, local communities in these areas of operation are encouraged to report to them any sighting of UXOs or bombs.

“Further to that, the concerned surrounding communities are kindly urged to please cooperate with police during bomb blasting days,” Mr Tunuki said.

He then called on communities in Western Province and across the country to report any sightings of any unexploded bombs through Police free toll line 999 or the RSIPF EOD mobile 7495215 or report it to any nearest police stations.