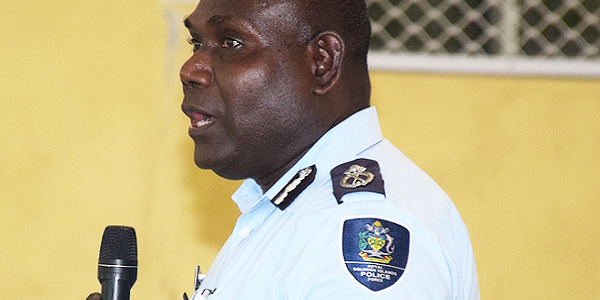 The Royal Solomon Island Police Force (RSIPF) warned members of the public who are selling betel nuts in the Emergency Zone to stop selling it or police would arrest you.

Assistant Commissioner (AC) National Capital and Crime Prevention Mr Simpson Pogeava says, “Selling of betel nuts is prohibited during this time as per the orders.

Honiara City Council (HCC) Law Enforcement and police will put up notices on market stalls in the Emergency Zone.”

AC Pogeava says, “This applies to street sellers and those who have small stalls along the roads in the Emergency Zone from Poha Bridge to Alligator Creek Bridge.”

Mr Pogeava says, “Those who breach the order will be dealt with severely under the State of Public Emergency Powers and Regulation. Police also would like to encourage every citizen to take ownership by discouraging the selling of betel nuts and following health protocols.”

He says, “Police also will arrest those who are not wearing facemasks while accessing services and using taxis and public buses. Police are closely monitoring those health protocols to make sure our good people adhere too.”

“Police are also monitoring taxis or cabs to carry only three people including the driver and buses only carry two people per row. This will help to limit the spread of the virus to transmit to another person,” Mr Pogeava says.