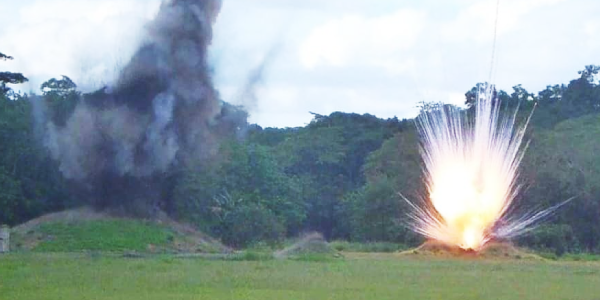 THE deadline ordered by the High Court to pay LSL/RIPEL for the use of its Hell’s Point land some $43.9- million plus rentals came and went on Wednesday without any payment.

But parties remain optimistic of a positive outcome by Friday. Negotiations would continue until then.

Figure for the rentals is yet to be defined.

Without divulging any specific details, LSL/RIPEL representatives described yesterday’s discussion at the Ministry of Finance and Treasury as “friendly and positive”.

It is understood a certain proposal was put on the table, but it was not near enough of the expectation of complying with the High Court Order.

The Government was represented at yesterday’s discussions by government officials, including the Attorney General, John Muria jnr, Solicitor General Banuve, the Accountant General and Commissioner of Lands, McNeil, who was singled out for making positive input to the discussion.

But by 6pm there was clearly an impasse. Negotiations would continue tomorrow.

The outcome on Friday would determine the next step.

Interest on the delays is expected to be charged at $6, 000 a day starting yesterday. By Friday, interest alone would have earned some $20, 000 to the final payout bill.